The microfauna consists of various insects (more than 40!)

There are many things we know little about in the bee colony. For example the micro fauna. All these, at least 40 is mentioned, small organisms, mites and insects of different kinds that also live in the bee colony beside the honeybees. At least one of them eat fungi mycellium and is said to help keep chalk brood down.

How much this microfauna contribute to the varroa and virus resistance we don’t know. But it’s not unlikely it does in at least some respect.

Therefore it’s positive if this micro fauna is present in as normal degree as possible.

And we know that at least acids and pesticides wipe out the microfauna as well as the target mites, so that’s an additional reason not to use these chemicals. But if they have been used in an effi cient way for many years one can wonder if there is any microfauna left at all. This may pose a problem in getting as normal an environment as possible. It is probably wise in a breeding project to try to get as many bee colonies to start with which has been treated as little as possible. Maybe get a feral colony or a few from someone that we know havn’t used chemicals, at least some colonies, from which bees and combs can be distributed among the bee colonies that will be used to select among. In coming years hopefully the microfauna will get back to normal status.

A good example is the completely harmless bee louse that disappeared completely from the hives. In our colonies who never came into contact with chemicals, the bee louse is always present. Who knows what she plays a role in the hive. (Photo bee lice on bees)

There may be something special in the German environment in comparison with Arizona, Wyoming, Cyprus and Norway.

Remember we are dealing with all these reports we have as if they are true, and no fakes (we can’t find any reason why they should be fakes). We have found a couple of possible relevant differences that may help to explain. For 25 years there has been a very effi cient and intense use of different chemicals(including more and more acids) in all or almost all the bee colonies in Germany. This has most probably wiped out the micro fauna, that is otherwise present in a normal bee colony. It also has caused accumulation of miticide residues in the wax. The micro fauna in the bee colonies consists of many different insect like organisms. More than 40 it is said. One is recognized to eat fungi mycellium. And who knows what role they all play in the immune system of the bee colony.

Many miticide residues in the wax has negative consequences on the nerve system of the bee as many miticides used are nerve posions. We don’t know enough of the effects of such residues and eventual synergetic effects with residues from drugs sprayed on crops. 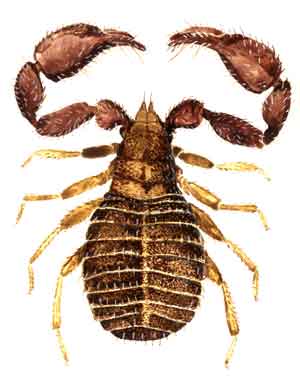 Following the adoption of clean-sawn hives and movable frames beginning about 130 years ago, European beekeeping appears to have inadvertently lost what could be an extremely important component of honey bee colonies which probably protected them from many insect and mite enemies – pseudoscorpions. In fact pseudoscorpions were lost from Europe before much information at all was obtained about them. They have been so forgotten and overlooked that they are not mentioned in a 1982 review of associates of social insects,19 a 2001 review of the prospective biocontrol agents of varroa,12 or a 2004 review of the small hive beetle and the possibilities of biological control.16 Now with hives reeling from the onslaught of varroa in particular, but also other enemies such as tracheal mite disease and Tropilaelaps, and the small hive beetle, we speculate that restoring appropriate species of pseudoscorpions to our bee colonies could possibly help save our bees.

How does our small cell bee defend herself against the Varroa mites?

Changes in the behavior of Varroa mites, less...