advantage of small cell bees – dronebrood all the active season through

In small cell bees is very noticeable that they rear drone brood all the active bee season through .

The drones are the real heroes in small cell hives and protect the worker bee brood against infection: 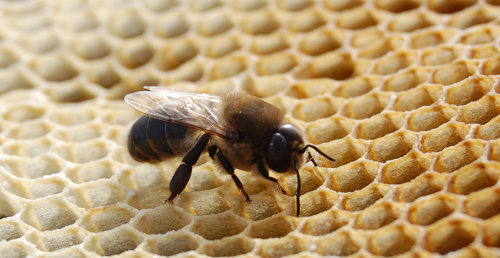 We need to teach them again the correct number of drone brood per comb.

Since the Varroa mite reside especially in the drone brood in small cell bees and they are there even actively decimated by the bees (trap), will be seen how important the drone brood is for Varroa defense .

It is now early July and we had one month very little nectar flow, the bees flew barely and brood hatching decreased. The drone brood went back. Now is again beginning nectar flow at the coast, the wild fennel and the agave.
The bees have again very well laid brood:

and the drone brood is back again: 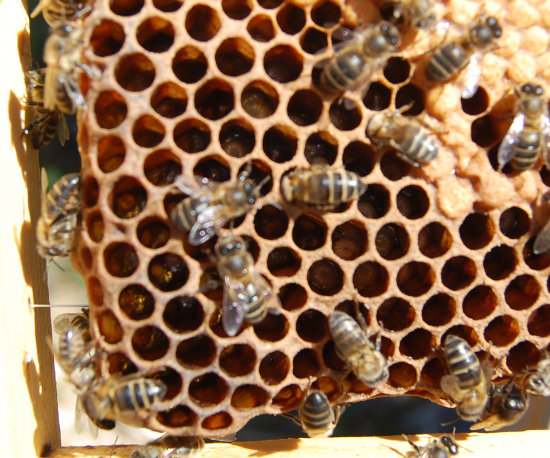 scientific study: hygienic behavior can be intensified by...