This hive descended as a nuc of hive N ° 35s in July 2013. Like all our colonies this one never has been treated, neither with chemicals nor with acids, nor with essential oils, with nothing!

Today, on 12.7.2015, the colony has 3 supers. The brood is located in the 2nd box and the third is full of honey. At this apiary located in the north of the island, the spring was disastrous for the bees. They could barely fly until April due to bad weather, rain and wind. And in May it is usually already getting dry again here. So they missed the main flow. But then in May the weather was better and they grew quite well. Despite these adversities this colony is strong and has incorporated more than 30 kilos of honey. A strong rain fall a few days ago made sure that the wild fennel flower recovered again as a very good nectar source for the bees.

These are some brood combs now: 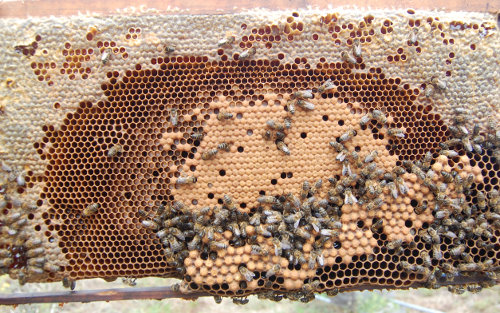 this comb above seems familiar to us from the investigations in spring. 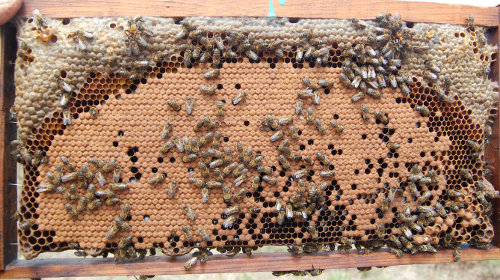 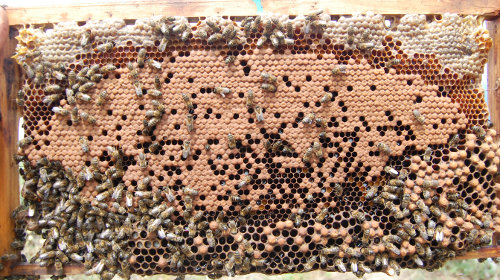 I could find again opened drone brood cells by the hygienic behavior:

and a very interesting observation was that a big ant’s nest was on the intermediate cover: 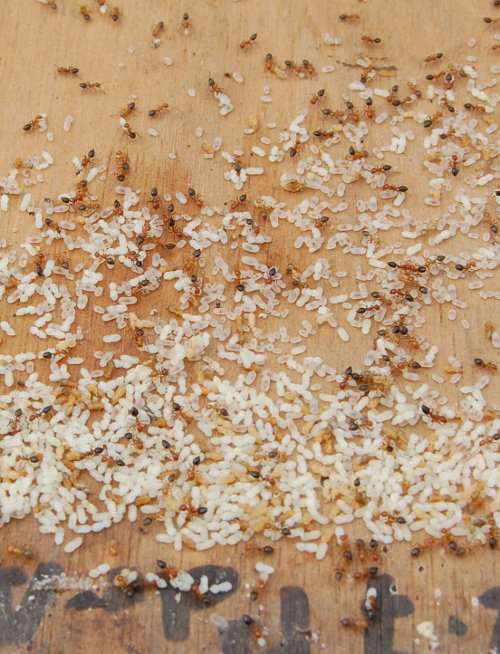 In colonies that are beginning to fight back, such an ant nest is an indication that one has to look at the hive closer. Then the ants built there heaps of dead Varroa mites on the interim board. But in this colony, that successfully defends itself on its own against the mites to, I could not find any of these Varroa piles. It seems that the hive is in a very good shape and defends very good against the mites.

I did not harvest any honey yet this year from this hive.  Let’s see how long the good fennel flower lasts 😉

Cell size of the cape bee in South Africa