Home importantobstacles Changes in the behavior of Varroa mites, less foretic mites on the bees
obstaclesproblems

Changes in the behavior of Varroa mites, less foretic mites on the bees

According to the studies of a biologist from a spanish university, the behavior of Varroa mites in recent years has changed.
This also explains why many types of treatments no longer work.
The relationship between the mites that reside in the bee brood cells, to those that are on the bees (foretic), has changed. 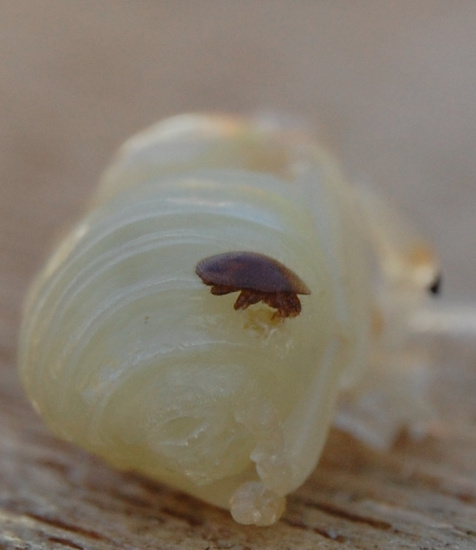 At a beekeeping conference we were informed by a biologist that Varroa mite behaviors have changed decisively in the last 30 years.

– Previously, varroa forética mites were often found on the backs of bees and now prefer the bellies of bees.
Therefore, many Varroas can be on the bees and we do not see them so easily.

– And this is even more important:
Previously about 2/3 of the Varroa mites were in the bee brood cells and the third part were foretic, on top of the bees. This has also changed gradually and now 85% is in the bee brood and only 15% on the bees.

The mites are hidden inside the bee brood where most of the treatments of the beekeepers have no effect.

conclusion:
treatments with acids and chemical products in hives with brood present are increasingly unsuccessful.

The only solution is that bees defend themselves.

Here is an article by Erik Österlund, which refers to this:
the treatment of bees against the mite Varroa leads to an increase in the reproduction rate of mites (Treatment for increased reproduction rate):

source:
Manuel Izquierdo, professional beekeeper, biologist at the University of Seville, international representative of the COAG association (Coordinator of farmers ‚and ranchers‘ organizations)