the black bee from La Palma

The bee that we have in our remote apiaries in the north of the island of La Palma, is a indigenous pure black Apis mellifera mellifera bee.

Time and time again, our bees were granted an African ancestor due to the geographical proximity of the island of La Palma to the African continent.

In 1995, a detailed scientific investigation was created in which it was confirmed that the bees of La Palma are black and have absolutely nothing to do with Africa, they are quite similar to the Iberian bee, but also very different from it:
http://www.resistantbees.com/fotos/estudio/estudio_biom_lapalma.pdf 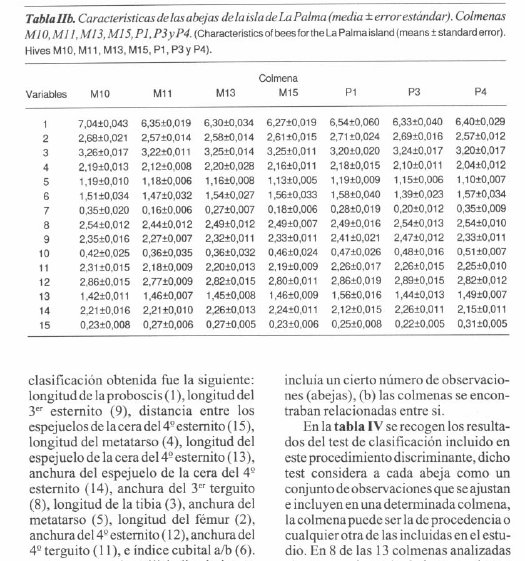 Almost twenty years ago, I collected bee samples from beekeepers who then still had bees in the north of the island, of which now virtually all hives are dead. The samples were sent to a university in Spain, within the framework of the black bee recovery program in La Palma, and it turned out that all our hives were of the indigenous black race Apis mellifera mellifera of the A15 haplotype.

Nobody knows why this bee has been assigned to trunk A, which includes African bees, but it seems that they did not know where to put it, because there was neither similarity with bees from the Iberian Peninsula, nor with African bees (I think that Ruttner was to blame, because he added the Canary Island bees to the African ones, without having done any detailed research): 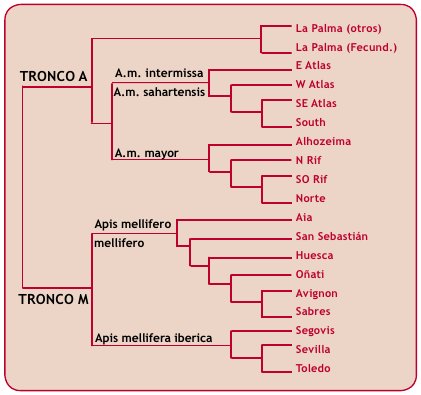 Trunk M are the bees of the Iberian Peninsula. And the ones from La Palma were simply put on top of the African ones. 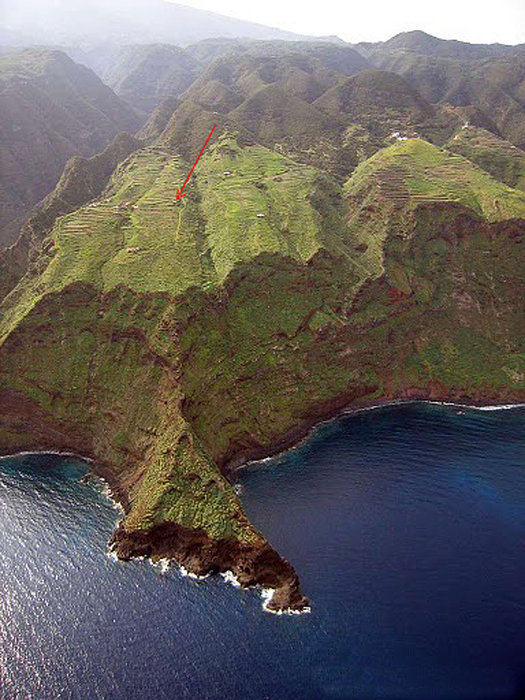 And these are our indigenous small cell black bees. 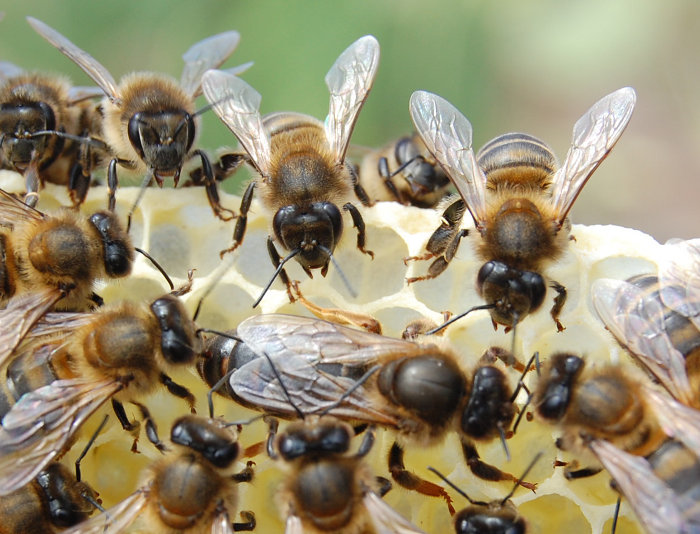 foraging flowers in the north of the island...

There used to be 100 different mite species...